Star Wars: Armada is a two-player strategy game from Fantasy Flight Games with miniature figures that takes you to an epic space battle between two commanding admirals.

Use your squadrons to inflict damage against the enemy ship and program the shields to fend off enemy fire – don’t forget to make the needed repairs if you want them to stay operational!

All in all, this is a game that will surely test your ability to strategically plan for the future and make moves 2 turns in advance. Do you have what it takes to make the right calls?

According to the game’s official Wikia page, the core set was released on the 27th of March 2015 (the game was announced on the 8th of August 2014).

Due to its popularity, additional content was released afterwards, conveniently called “waves”. Basically, these are expansion sets that add new content and mechanics to the game.

Stay tuned, as we’re going to take an in-depth look into each of these in the sections down below.

Assume the role of a Rebel or Imperial admirals and direct the fleet into explosive conflict.

Before playing your very first game, you’ll also have to assemble the pieces together, for which the guidelines are provided in a booklet that you receive with the game. According to this blogger, it only takes a game or two to get the hang of it.

The complete Learn To Play pdf rulebook with illustrations is available for detailed instructions. 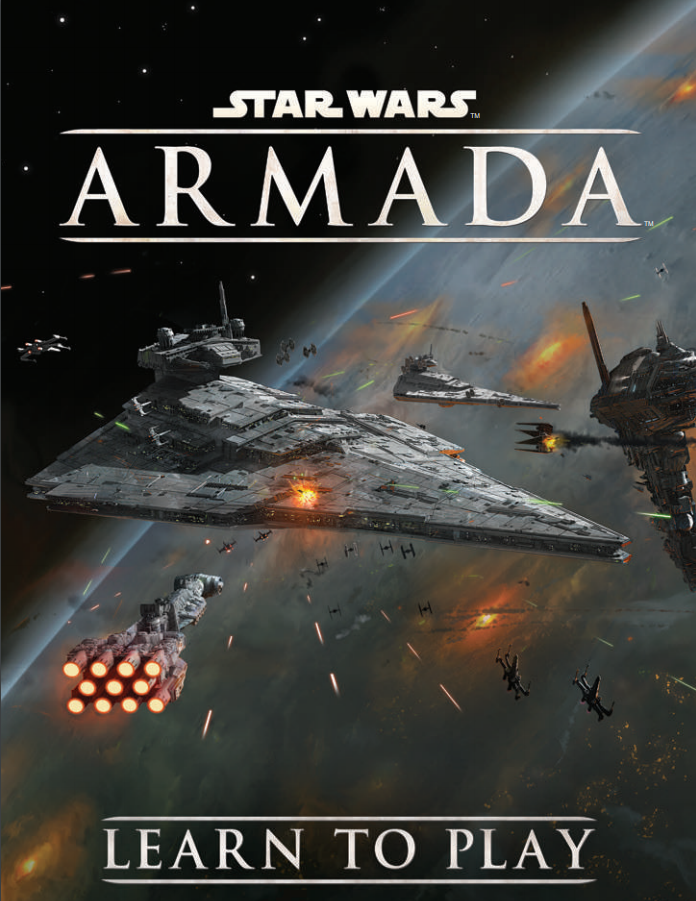 In order to maximize your chances of winning, you’re going to need to have a firm grasp of what you should be doing to defeat the opponent. This resource recommends the following basic strategies:

The first wave is the most extensive one by far and features the following expansion packs:

– Victory-class Star Destroyer. One of the most powerful starships of the Imperials is now at your command. It comes with fourteen upgrades, tokens, command dials, and more than a dozen upgrade and ship cards.

– CR90 Corellian Corvette. The CR90 is a versatile little ship and a nice addition to the Rebel fleet. With it, you also receive ship cards, a command dial, and action tokens.

– Assault Frigate Mark II. This is one of the most heavily armed ships of the Rebel forces. With it, you also get action tokens, maneuver dials, ship, and upgrade cards.

– Rebel Fighter Squadrons. Some of the most historic battles in the galaxy have been decided by this iconic Rebel ship. Included come the upgrade cards, maneuver dials, action tokens, and eight sets of miniatures.

In this wave, the following expansions packs were released:

– MC30c Frigate. It contains a detailed miniature of MC30c Frigate, one of the most powerful battleships in the galaxy. With it, you’ll also receive ten upgrade cards, two command dials, and all the tokens needed to get this rebel ship into battle.

– Rogues and Villains. Featuring 8 detailed miniatures (4 ships for each side) and a slew of maneuver tokens and dials, you’ll be able to race to the battlefield with new power under your command.

– Imperial Raider. Featuring one miniature, action tokens, and maneuver dials, the Imperial fleet will surely benefit from the boost.

This is a rather modest wave, containing only 2 expansion packs:

– Rebel Transports. Relay commands to your ships with 8 upgrades, and two GR-75 medium transport miniatures like never before.

Another small wave consisting of the following expansion packs:

– Interdictor. Featuring as much as 14 upgrades, ship, upgrade cards, maneuver dials, and action tokens, the Imperials strike back with a fearsome blow.

– Liberty. The MC80 cruiser is one of the Rebel’s trademark units, and with it, you also receive maneuver dials, a new commander, two ship cards, fourteen upgrades, and 3 unique titles.

Unlike the previous expansion packs, this one is quite extensive:

– Phoenix Home. The small battleship that comes with it may be small in size, but in terms of giving you the ability to command your fleet, it’s unparalleled. With it, you receive ten upgrade cards, two ship cards, the dials, and all the tokens you need.

– Imperial Light Cruiser. The communications and blockade ship is the bread and butter of Imperials, and with it, you also receive action tokens, maneuver dials, as well as plenty of upgrade cards.

– Rebel Fighter Squadrons II. With this expansion, the Rebel Alliance gets a whole new ship card, as well as plenty of upgrade cards, sixteen miniatures, and a maneuver of dials.

Another modest expansion pack, but it never fails to deliver:

– Hammerhead Corvettes. A unit that’s typically used for transporting others, but is not to be underestimated in the face of conflict. The pack also contains two ship cards, fourteen upgrades, and everything you need to dominate close range combat.

Finally, we conclude with wave 7:

– Profundity. Take the control wheel of Admiral Raddus’ flagship and enjoy the action tokens, maneuver dials, and upgrade cards that come with it.

This is an app for building your fleets which you can access at any time.

This is an accessory expansion. It comes quite in handy if you’ve managed to lose your dice set.

There are many Star Wars Armada tournaments since this can be quite a competitive game.

You can participate in the Store Championships, Regional Championships, and, if you’re good enough, even the World Championships. If you’re interested in the competitive aspect of it, here’s a good resource you can study.