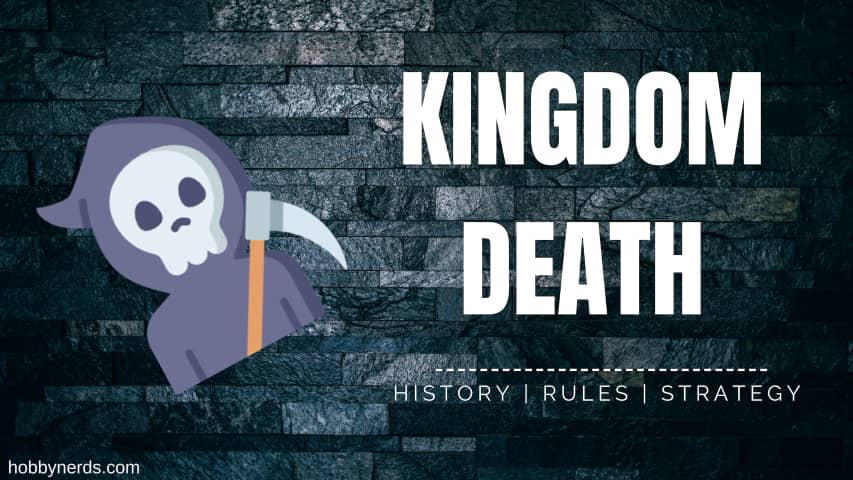 Kingdom Death is a cooperative tabletop board game. Set in an inimitable nightmarish world that’s brutally challenging, enormously deep, and lacking most natural resources, the game involves players’ controlling a settlement, which is at the initial phase of its existence.

The captivating world of Kingdom Death has you fighting monsters, creating weapons and gear, and expanding your settlement to make sure you survive from generation to generation.

Kingdom Death’s world has recently grown with the Kingdom Death: Monster 1.5, which has brought several changes and upgradations to the core game in addition to introducing new content via sixteen new expansions.

You can learn more about the game at the Kingdom Death website.

Poots conceived the game’s initial idea at around 2008.

In 2009, he ran a Kickstarter campaign to raise approximately $1700 for producing one figurine for the game. He had found a European artist by 2010, who was capable of mass production of the figures in resin, and started working with him. 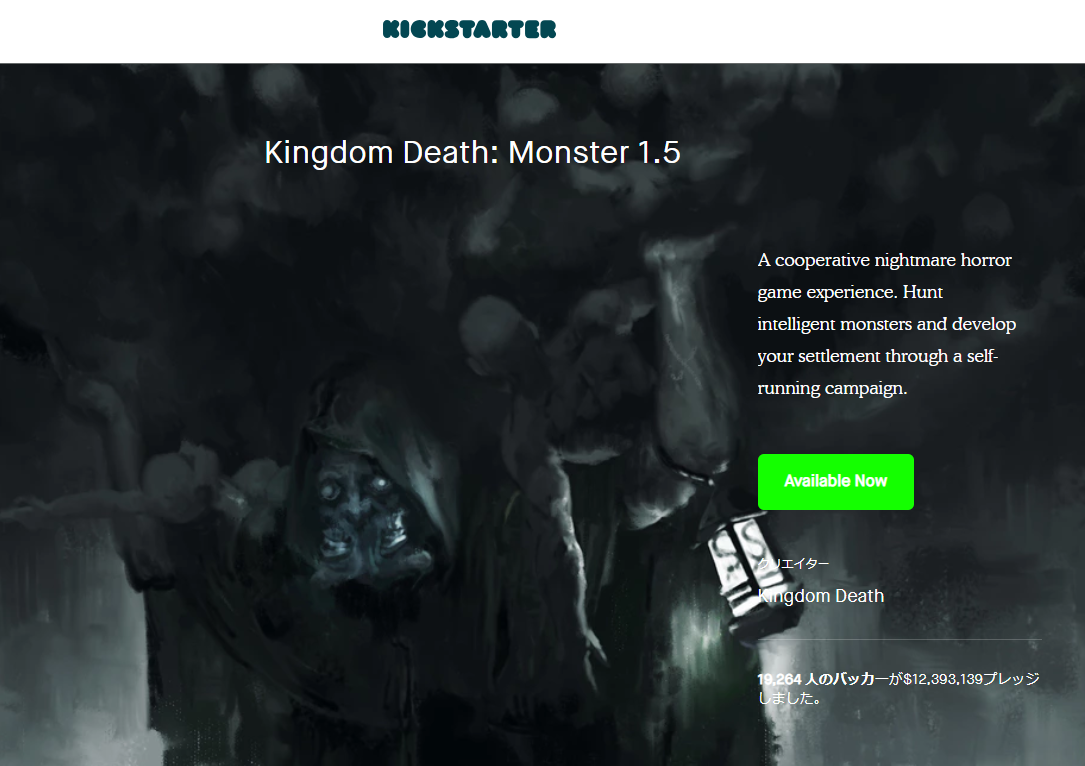 In 2016, Poots launched another Kingdom Death Kickstarter seeking $100,000 to promote an updated printing of the game called Kingdom Death: Monster 1.5.

Within just 19 minutes of going live, the campaign raised $1 million. What’s more, at least $5 million was promised within a week.

Since Kingdom Death: Monster 1.5 is the latest offering in the series, let’s take a look at how to play it.

The game requires you to work collaboratively to stay alive by hunting monsters and guiding your settlement’s development through a self-running campaign spanning 30 years. The game has four systems as:

To get a better idea about how to play Kingdom Death: Monster, you can click here.

You can get more details about the game’s rules here.

Usually, such additional monsters are brought into the game by adding new Settlement Events to the core game, which compel the players to fight the monster.

Each Kingdom Death expansion also comes equipped with a small rulebook that lays out a detailed plan of its integration into the core game together with any new Story Events or special rules.

Some popular Kingdom Death Expansions are:

Kingdom Death miniatures are designed and sculpted by the planet’s finest artists, making each of them a magnificent art piece to be cherished.

By employing traditional techniques, each miniature is hand-casted in resin by expert mold makers, thus ensuring they are crafted to an inimitable standard and stay true to the original sculpture.

Despite the time-consuming production, Kingdom Death miniatures are stunning, limited-quantity editions that are worth the entire effort and detailing that goes into the process.

Whether you are a solo player and find the game set-up too cumbersome to start resuming play after the previous session, or are a pro and need to discuss the finer aspects of the game that you love and/or don’t like, Kingdom Death Reddit is the place to head straight to.

Getting Started Guide (Updated for Fall 2017) from r/KingdomDeath

Be it debating the pros and cons of the gaming system, explaining the game’s appeal to naysayers in an effort to convert them, doing a comparative study of Kingdom Death vs. Gloomhaven, a lot happens on Reddit, which is sure to keep the game’s enthusiasts and the novices learning the ropes equally hooked.

In case you have any problems with the game (playing it, understanding the rules, issue with shipping, or anything else), you can even get quick help from the extensive community of Kingdom Death Redditors.