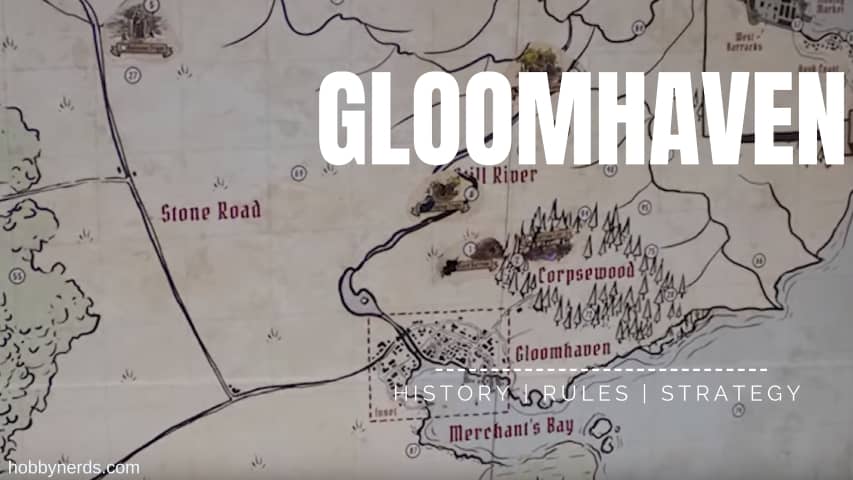 Gloomhaven is a cooperative, dungeon crawl board game that can easily take you more than 100 hours to complete.

It is a string of unique dungeon scenarios connected via a choose-your-own-adventure story. Unlike usual board games, Gloomhaven game box surprisingly weighs 20 pounds. It is 11.8 inches tall, 16.2 inches long, and 7.5 inches wide.

This campaign based, fantasy-themed game has received extremely positive reviews and won 6 Golden Geek awards from the leading website BoardGameGeek, including one for 2017’s best overall game.

Gloomhaven was also named as “tabletop game of the year” by the SXSW Gaming Awards. You can visit the Gloomhaven official website to know more about the game and get the official pdf rule book.

Designed by Isaac Childres and published by Cephalofair Games, Gloomhaven board game has created a huge buzz among hardcore board gamers since its inception in 2017.

In 2015, Childres started a Kickstarter campaign to ask for financial help to create Gloomhaven, with the goal of raising $70,000. 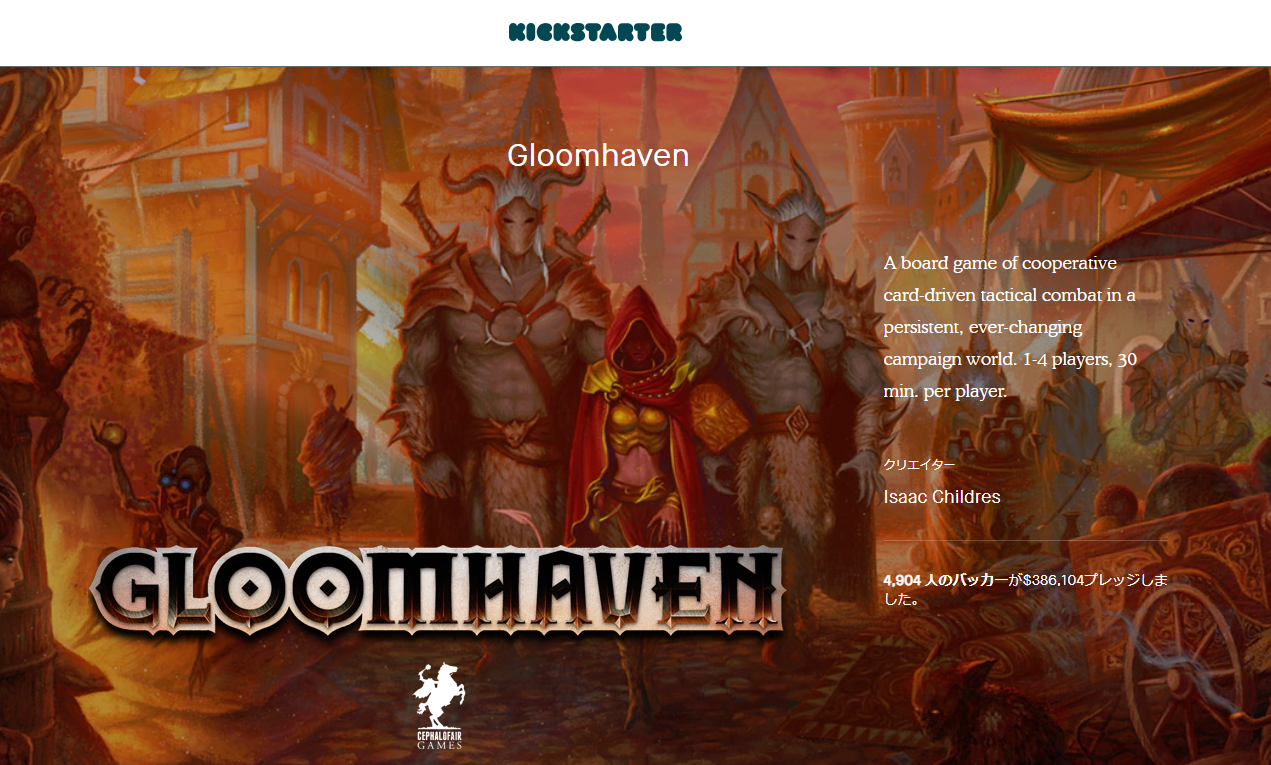 After 28 days, when the campaign ended, Gloomhaven Kickstarter raised a total of $386,104 from around 4,900 backers, which brought the game an unexpected success. Gloomhaven was released in two separate campaigns, raising around $4.4 million in total.

At its core, Gloomhaven is a card game with modular combat such as “Descent.” You set up monsters on hex and fit tiles together. These are your dungeons and your encounters, which drive the story.

Each character in the Gloomhaven board game comes with a deck of cards. Each turn, you play two cards with numbering on them determining your initiative score. Then, these cards are either discarded or removed from the game by you until the next scenario. If the cards in your hands run out, you’re exhausted and your piece is removed from the board.

You can only get the cards back by resting, which needs that you remove a card of your preference from the game until the next scenario. If you take more damage than you have life, you lose cards. If it happens, you can negate the effect by discarding one card randomly from your hand, or two from your discard pile.

Other than defeating a scenario, cards are the only way to gain experience. Some cards offer experience point values mentioned on them and you gain the experience by successfully using them. Many of the Gloomhaven cards, which net you any value, are discarded though. It leaves you with a constant balancing act between exhaustion and leveling at a reasonable pace.

When you defeat the scenario, new locations get unlocked on the overworld map and you gain rewards. On your way to a dungeon, you get to perform Road Events.

These “choose your own adventure” kind of storylines can leave you with good as well as bad effects. You can perform a Town Event, upon your return to town, which is similar to a Road Event, but usually comes with kinder outcomes.

On your way to exploring the world and doing more scenarios, the town grows and the map changes. You get access to more interesting adventures and higher level equipment as your town grows.

You can watch the “How to Play” video at the official Cephalofair Games website to attain in-depth knowledge about Gloomhaven gameplay.

While Gloomhaven rules are actually wide-spread, they aren’t overly complex. Let’s have a quick look at them.

To understand the rules of Gloomhaven board game in detail, you can visit the Scribd website.

A set of scenarios in Gloomhaven is specifically designed for strategic solo play.

These would highlight the strengths as well as weaknesses of each class and compel players to actually get under the hood and masterfully learn to play each class.

It contains a 24-page scenario book that includes 17 all-new solo scenarios together with a deck of 17 item cards, which are rewards for accomplishing each of the missions.

These scenarios remain locked until the town has attained prosperity level 3, and 2 characters have retired. Also, a character moving into one of these scenarios has to be level 5, at the least.

You can click here to learn more about Gloomhaven Solo Scenarios.

The first expansion of Gloomhaven is designed to add a brand new class called the “Aesther Diviner” to the base game together with 20 new scenarios.

Co-designed by Marcel Cwertetschka and Childres, the brand new campaign follows on from the key storyline of the original game.

It also adds 7 new monsters to battle, with 3 main bosses – characters of players will have 14 additional items to help them defeat the new baddies.

In Gloomhaven, every time you rest, you’re guaranteed to lose a card. When you burn a card in between the rests, you lose two.

When you burn two of them during your rest, you lose three – and the list goes on. Burning cards can give you some idea as to what the effect will be on the rest of the game.

For instance, if you’re at the beginning of a game, probably you should refrain from burning away. If you believe you’ll need a couple of turns, you may burn them away.

The closer you’re to the beginning of the game, burning comes out with bigger implications. To learn more about the implications of losing cards in Gloomhaven, click here.